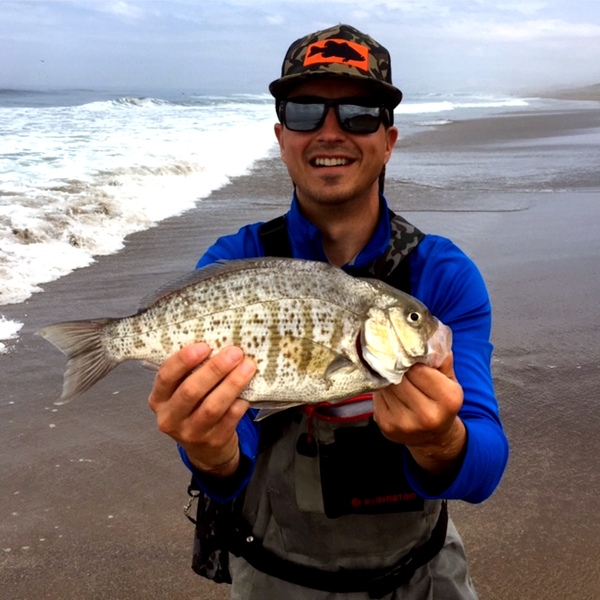 Pier anglers on the Monterey Bay continue to enjoy consistent catches from the calm beachside waters. A wide variety of perch species are the primary target though, as usual for this time of year, we are also seeing a good number of small halibut with an occasional keeper over 22 inches in the mix. Baitfish such as anchovies, sardines and mackerel are common catches for pier anglers these days as well.

The hot king salmon bite in Half Moon Bay has died down as feeding fish make their way into the San Francisco Bay towards their future as spawning fish in the Central Valley river systems. A few dedicated skippers continue to post decent reports of fish caught, but limits are few and far between. Tom Joseph with Fish On Sportfishing scored for his clients last Sunday, reporting, “Today our private party of three boated four salmon to 15 pounds. The boys age 14 and 15 were ‘on it’ and no instructions needed for these two. They had a great time and I'm sure they had salmon for dinner.”

The best rockfish and halibut reports are coming in from the West Cliff area of Santa Cruz by anglers who are fishing deeper reefs, from 80-120 feet of water. North Coast areas from Four-Mile Beach towards Davenport continue to provide full bags of big rockfish and lingcod as well as bigger halibut from 60-70 feet. The Capitola reefs and the broad stretches of rocky area near Pacific Grove continue to provide consistent, if not limit-style rockfish and lingcod action for local anglers in those areas.

Captain Chris Victorino from Stagnaro’s Sportfishing in Santa Cruz has been targeting that area of the coast recently saying,” We’re getting limits of rockfish of mixed quality and lings to 15 pounds. Last Monday we counted 370 fish for 30 people. Quality yellows & browns, plus a few lingcod. Beautiful ocean conditions, about 80 feet of water a few miles north from Santa Cruz.”

From Monterey, Chris Arcoleo with Chris’ Fishing trips has a similar strategy and submits similar reports. Chris’ is sending the Check Mate south towards Big Sur for consistent scores of bottom fish. Tuesday they counted limits of rockfish and six lings for 21 anglers, while Wednesday’s trip scored 51 rockfish including some big vermilion and limits (34) of ling cod for the 17 anglers aboard.

Todd Fraser from Bayside Marine in Santa Cruz shares news of some more exotic species from this week, saying, “There was a rumor of a few albacore being caught 25 miles outside of Five-Mile beach. I did not talk to the anglers so I can’t say for sure. There were also a few white seabass caught down in Pajaro by anglers trolling for halibut.”
http://www.norcalfishingnews.com/fish_reports/67882102/sentinel/herald-fish-report.php
Share Share on Facebook Pin it Pin on Pinterest
Back to Fish Blog - Reports and Info