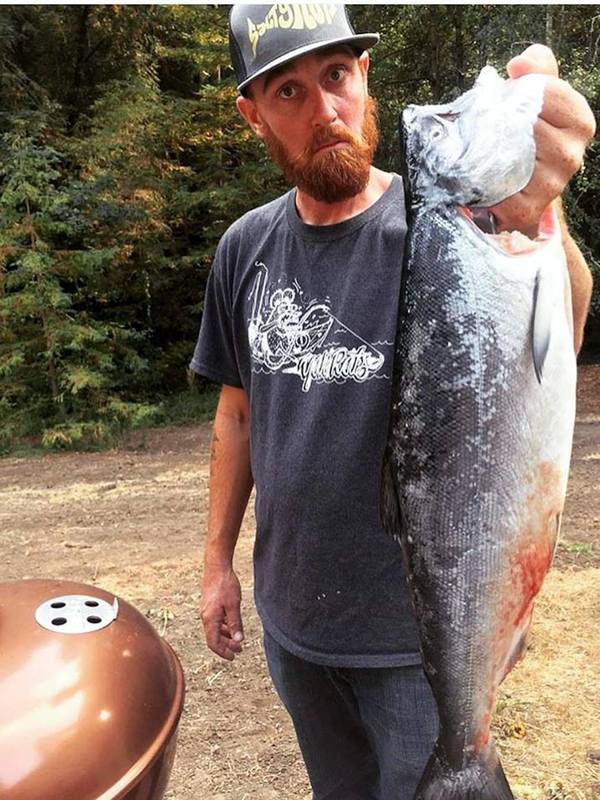 Ok, do you want to go fishing in the Monterey Bay? Now is the time to do it. No excuses, get out there and bring home some fresh fish for the dinner table. The possibilities for table fare are numerous, and nothing is better than fresh fish you have caught yourself.

Nearshore water temps currently range from 61-64 degrees inside the bay, and bait is more than abundant. This generates an influx of predator fish that local anglers target. Halibut anglers are finding success from 40 feet of water out to 75 feet, and the bite is improving off the North Coast towards Four-Mile Beach and Davenport.

Huge schools of anchovies in the five to six-inch range are hugging the shoreline feeding birds, whales, dolphins and our primary target fish of rockcod, lings and halibut. Surfcasters on the beach are treated to sunrise and sunset displays of humpbacks lunge feeding and tail-slapping, while cruising pods of dolphin exhibit grace and speed while they acrobatically feed.

Perch fishing has slowed on most beaches but a few spots have some concentrated perch populations. You just have to be in the right place at the right time. Likewise, striped bass anglers have been quiet lately. Last week most beaches were plagued with loads of seaweed, which made surfcasting difficult. We have noticed tiny juvenile smelt in the surf zone within the past few days, and that sometimes coincides with increased striper activity. Look for the diving terns and pelicans.

Rockfish and lingcod fishing proceeds at an average pace just short of daily limits. In Monterey, Chris’ Fishing Trips posted limits (20) of rockfish and 43 lingcod for their Check Mate trip on Sunday. On Saturday Moss Landing’s Kahuna gambled on a long trip past Big Sur down to Point Lopez and reaped rewards working this area that has very little fishing pressure. Owner Carol Jones reported, ”The long range rockfish trip to Lopez was a huge success! Limits of lingcod to 31 pounds! Limits of quality rockfish including vermilion, copper and olive rockfish to 7 pounds.”

Meanwhile, for those with a salmon fixation (you know who you are), Half Moon Bay is still producing limits nearly every day. The kings must be 24 inches to keep and anglers are catching them as close as the red and green cans just outside Princeton Harbor. Bigger boats are heading towards Linda Mar and Pacifica for (mostly) limit style fishing. Captain Tom Joseph aboard the Sara Bella submitted a couple cookie-cutter report this week saying, “Today our party of four boated limits of salmon with the biggest fish going 23 pounds.” Joseph faced high winds to 18 knots on Sunday, but still managed five kings to 18 pounds for four client anglers.
http://www.norcalfishreports.com/fish_reports/67881300/sentinel/herald-fish-report.php
Share Share on Facebook Pin it Pin on Pinterest
Back to Fish Blog - Reports and Info