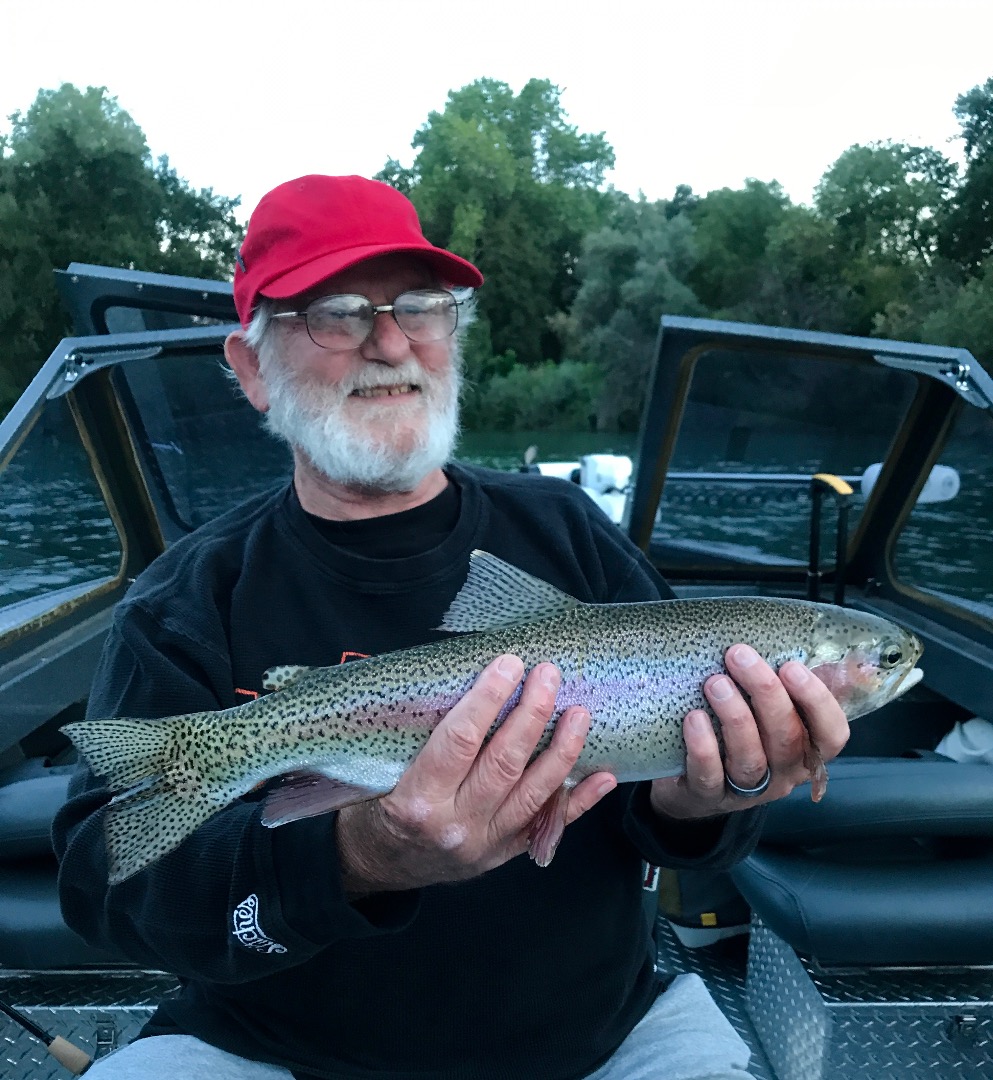 The Sacramento River in Redding, Ca. is famous for its beautiful steelhead and rainbow trout.  I've been running a few steelhead trips a week in between lake trout and salmon trips and my clients have been catching some amazing fish. Todays father daughter trip was no exception and they did a great job landing every fish they caught.  I'm primarily side drifting Dick Nite spoons, but lately the roe bite has been pretty good as well.  If you've ever wanted to try this steelhead fishery on the Sac in Redding, you should consider making the trip between now and the end of September.  Who knows, you might just catch the steelhead trout of a lifetime!