Pacific halibut closes — rockfish and tuna it is 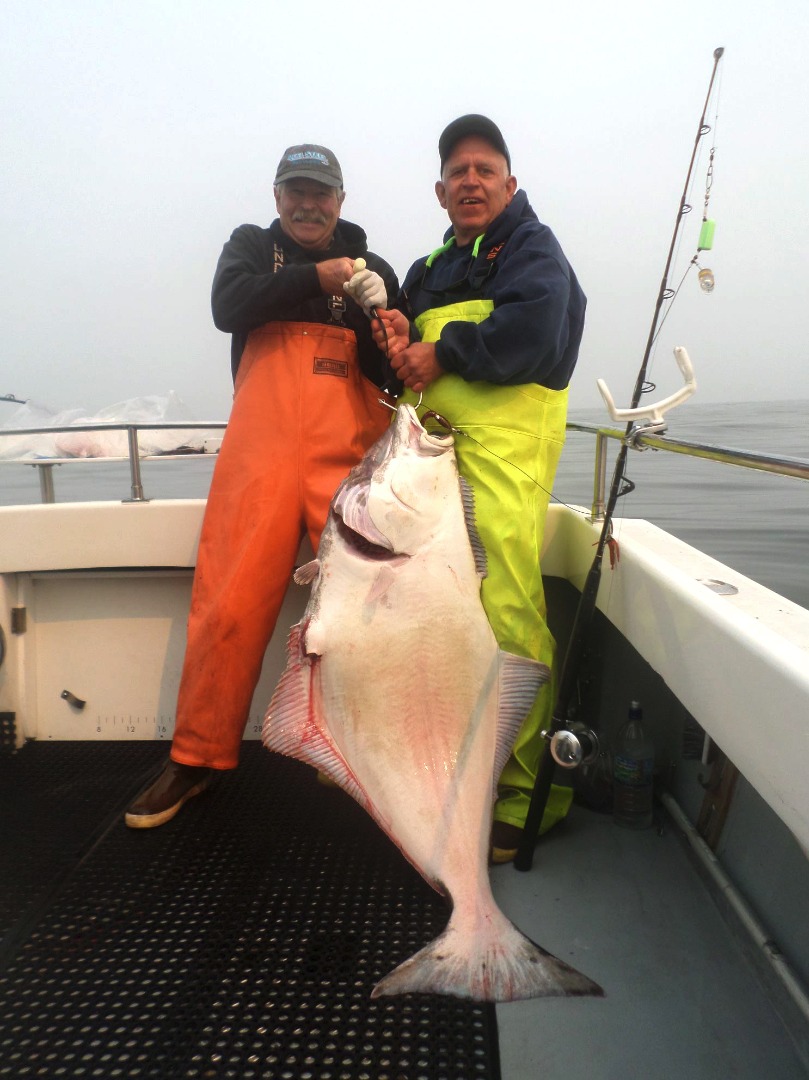 Offshore options became a little scarcer this week with the closing of the Pacific halibut season. Without a salmon season, we’re down to rockfish and tuna along the North Coast. Unfortunately, both of these options require some pretty good ocean conditions, especially if you’re fishing out of Eureka, where the rockfish grounds are nearly 20 miles to the south. The ocean was decent a couple days this week, and a handful of the bigger boats motored their way to the Cape. But it wasn’t nearly good enough to head offshore for tuna. But, now there’s talk of a one-day weather window on Sunday that has the tuna anglers excited. We’ll see if that comes to fruition, or if Mother Nature has other ideas. And let’s not forget about the California halibut fishery inside Humboldt Bay. It’s been an amazing season, and it’s showing no signs of slowing down. Some slugs approaching 30 -pounds were caught this week.

Pacific Halibut season cut short
The recreational Pacific halibut fishery closed on Sunday, Sept. 10 at 11:59 p.m. for the remainder of 2017. Based on the latest catch projections, the California Department of Fish and Wildlife expected to have met the 2017 California recreational quota of 34,580 pounds. For more info, visit recreational-pacific-halibut-fishery-to-end-sunday-sept-10/

Oregon recreational rockfish closed as of Monday
Oregon’s recreational bottomfish season will close to all species but flatfish as of Sunday, Sept. 17 at 11:59 p.m. because the quotas for several species have been reached according to a press release issued on Tuesday. As of Monday morning, Sept. 18, anglers may no longer catch or retain lingcod, any species of rockfish, cabezon, greenling, or other bottomfish. There is a new opportunity for anglers to fish for flatfish (except Pacific halibut) at all depths, also starting Monday.

Good weather in spring and summer, as well as fewer opportunities for other fisheries, have led to more boats and anglers fishing for bottomfish this year. For more information on Oregon’s marine resources and fisheries, please see: dfw.state.or.us/MRP/

Weekend marine forecast
After some rough seas earlier in the week, the ocean looks like it will begin to lay down by the weekend. As of Wednesday, the forecast out 10 nautical miles for Friday is calling for winds out of the N 5 to 15 knots with NW swells 5 feet at 7 seconds. Saturday looks similar, with winds from the NW 5 to 10 knots and NW swells 5 feet at 7 seconds. Sunday the winds will be from the SW 5 to 10 knots and NW swells 3 feet at 7 seconds and NW 4 feet at 11 seconds.  For an up-to-date weather forecast, visit www.weather.gov/eureka/. To monitor the latest Humboldt bar conditions, visit www.wrh.noaa.gov/eka/swan. You can also call the National Weather Service at 707-443-7062 or the office on Woodley Island at 707-443-6484.

Good showing of jacks at Willow Creek weir
According to Mary Claire Kier, an Environmental Scientist on the Trinity River who manages the Willow Creek weir, quite a few jacks are making their way through the Trinity. For the trapping week of Sept. 3 through 9, 79 jacks passed through the weir. The total number of jacks, both wild and fin-clipped, for the entire 2016 trapping season was 84. Finally some encouraging salmon news.

Youth Fishing Tourney this Sunday
The Trinidad Pier Youth Fishing Tourney will take place this Sunday, Sept. 17 from 9:30 a.m. to 2 p.m. The free event is open to all children ages 6 to 15. Prizes will be awarded in each category and fishing gear and bait will be provided. An adult must accompany children. Hot dogs and refreshments will be served following the event. Catch and release is encouraged and no fishing license is required. Look for the sign-up table on the Trinidad Pier. For more information, contact Ken Jones at kenjones@pierfishing.com

The Oceans:
Eureka
With the closure of the Pacific halibut season, we’re down to two offshore options — rockfish and tuna. According to Tim Klassen of Reel Steel Sport Fishing, the tuna water is still straight out of Eureka, but it’s moved out slightly. “It looks like it’s about 30 miles out now compared to 20 last week,” said Klassen. “The ocean hasn’t been good enough to make the run, though Sunday may be doable. We made our way to the Cape on Tuesday, where the rockfish continue to bite anything and everything. Limits are coming easy, with lots of big lings, coppers and quillbacks in the mix,” Klassen added.

Shelter Cove
Rock fishing has been great when we can get north, but it’s been quite slow when we have to stay close,” said Captain Jake Mitchell of Sea Hawk Sport Fishing. “I ran for tuna on Thursday up off the Cape and ended up with 28. We should of had more, be we had a tough time hanging on to them. On Tuesday, we ran to Vizcaino Knoll for tuna and fished rockfish on the way home. We ended up with eight albacore, 14 lingcod and 20 rockfish. The weather for more tuna days doesn’t look good for the foreseeable future.”

Crescent City
There hasn’t been much effort on the rockfish this week, reports Chris Hegnes of Crescent City’s Englund Marine. He said, “We’ve had a little bit of wind, so that kept most of the boats off the water. There’s been a few going out, and the fish are definitely biting. Hopefully we’ll see an uptick in boats and business with the rockfish closure happening in Oregon.”

The Rivers:
Lower Klamath
The steelhead action slowed on the lower river this week as the first big push of fish have moved up river. Boats and shore anglers were reporting a really good bite on half-pounders and adults up to eight pounds last week. There should be plenty of fish in the middle Klamath now as the fish are on the move. The river rose roughly 400 cfs late last week, so that should bring in some fresh steelhead into the lower river.