Oregon anglers head to California to get the groundfish limits 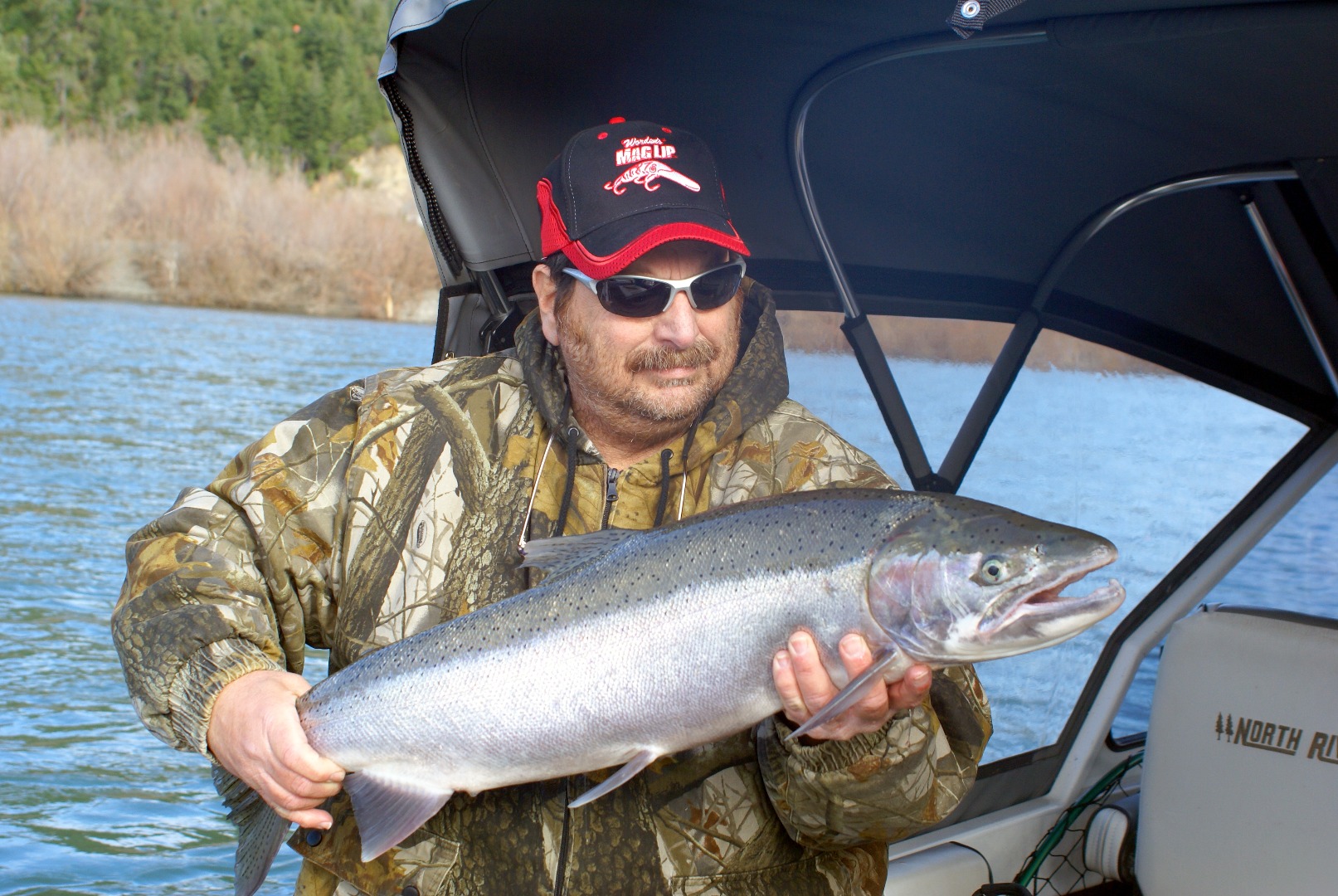 The lack of precipitation on the southern Oregon and northern California coastline has created a mini-drought situation in rivers like California's Smith, or Oregon's Winchuck and Chetco Rivers, which are dropping and clearing to Sparkletts-water visibility.

At the time of this writing, the Chetco was nearing the 1,000 cfs mark and was still predicted to be on-the-drop during the middle of the week. That's pretty pathetic for the middle of December.  The gutters have been cleaned, so let the rains begin!

Due to the fact that most of the aforementioned streams are in a transition period between the tail end of their salmon runs and the beginning of their steelhead runs, anglers have stayed away from most rivers sporting the salmonid.  The exception would be lower Rogue River steelhead, which will be discussed at greater length in this article.

However, that hasn't stopped anglers from chasing the fatted bottom-grabber, even though there are still 16 days left until the Oregon bottom fishery reopens on January 1.

To make up for the bottom fisherman's lack-O-ling anxiety, Brookings, Oregon anglers have been towing their boats down to Del Norte Harbor in Crescent City (a 30-minute jaunt) where limits of lingosaurs, rockfish and cabezon have been inhaling their wriggling plastics and wavering leadfish with regularity.

But an angler needs to understand the limits and size limits in area 7 before he or she hits the water.  Region 7 is an area that spans the California coastline from Cape Mendocino to the Oregon/California border, which, by the way, will be closing its RCG complex and lingcod doors to boat-based anglers at the end of December 31.

California uses a very descriptive term called the RCG complex (a term which has grown on me) which includes Rockfish, Cabezon and Greenling.  The RCG complex is easy to comprehend, making understanding regulations a lot easier for a fisherman.

California also recently instituted a depth restriction. The take of any fish falling within the RCG complex, as well as lingcod, is prohibited seaward of 20 fathoms (or 120 feet) in depth.

All Bronzespotted, Cowcod and Yelloweye rockfishes must be released and cannot be brought onto the deck at any time.

Also, remember that the limit for lingcod is 2 fish a day with a minimum size limit of 22 inches total length. That's 10 RCG complex fish plus 2 lingcod, making a 12-fish daily bag.

The fishing outside of Del Norte Harbor has been nothing short of outstanding.

"The fishing has been really good," said Chris Hegnes of Englund Marine Supply in Crescent City on Thursday.  "I was out 2 days ago and we were just targeting lingcod.  We caught 30 fish to keep 6 - the fishing was that stupid! They were really heavy on-the-bite!"

For the ultimate fishing experience, Hegnes advises using smaller gear such as trout rods with single-tail plastic worms for the rockfish, and then deploying heavier gear for the lingosaurs. My personal favorite for lingcod? It's a tossup between 5-inch plastic rip baits and 4- to 5-ounce leadfish.

"The crabbing's also been awesome," he said.  We set our pots out overnight and had about 40 to the pot."

For more information on up-to-the-minute regulations, call the California Department of Fish and Wildlife's Groundfish Fishing Regulations hotline at 831-649-2801.

The Oregon regulations starting January 1 will call for a 5-fish marine bag limit (rockfish and greenling) plus will also allow for the retention of 2 lingcod (minimum length 22 inches).

Lower Rogue Bay Producing Steelhead
Even though the Rogue River has been dropping to 3,000 cfs and clearing, anglers who are anchoring up in sleds and setting out plugs, or those plunking from shore with Spin-N-Glos, are starting to see the beginning of the Rogue winter steelhead run.

"We're picking up some winter steelhead," said Larry Cody from the Rogue Outdoor Store in Gold Beach on Thursday.  "The numbers aren't dazzling but we're getting fish every day.  The plunkers are doing about as well as the boaters. But the big issue is that we really need water. Everything is just too low and clear."

"We only have a few days to go before you can keep the wild ones," notes Cody.

Boaters (sleds) using plugs like the Mag Lip 3.5, Brad's Wigglers and Brad's Wee Wigglers, stick their rods in rod holders and then wait for the streamlined locomotives to hammer the plugs on the way up to their spawning grounds.

Anchor up along a current seam straddling a willow line between 2.5 to 5 feet in depth and make sure to get your plugs about 35 feet behind the boat. Do not take your rod out of its holder until the rod tip is meeting the water with line coming off the reel.

My largest lower Rogue River hatchery steelhead weighed 16 pounds and engulfed a Brad's Wiggler in the color 'gold with a red back'.

If you are new to this fishery, make sure that you are using a good anchor that will hold your boat in the current.  Cody can show you exactly how to rig up your vessel or turn you on to some excellent lower Rogue fishing guides.