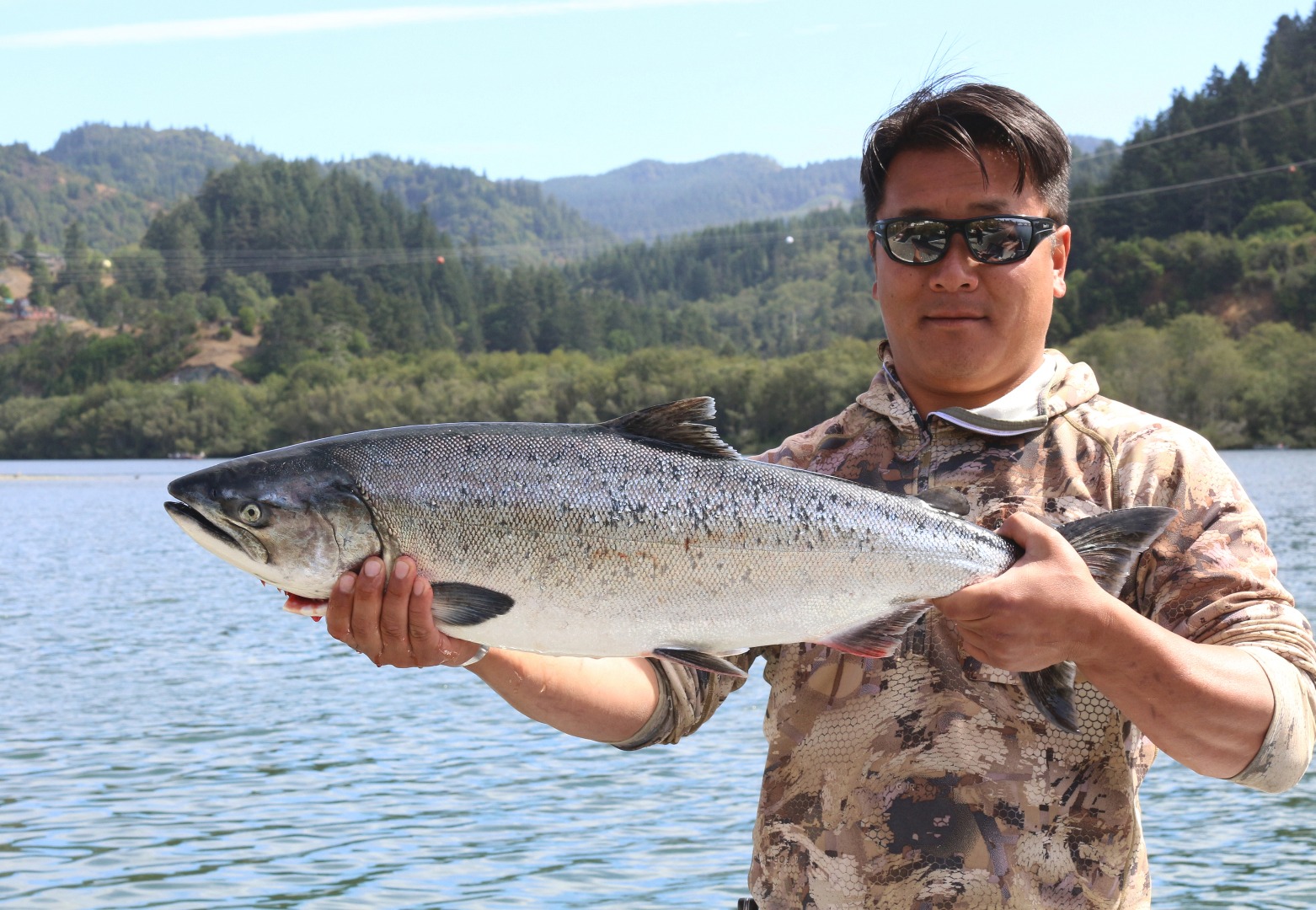 Merit Draven of Gold Beach caught one Chinook before lunch in the Rogue Bay and was headed out for his second king early afternoon
Photo Credit: Larry Ellis

Beginning Monday, September 18, Oregon recreational anglers will no longer be allowed to retain ocean groundfish and lingcod, a day that will forever be known as Black Monday.  The ban will continue through the rest of the year or until further notice is given by ODFW.

The restrictions apply to all anglers, be they boaters, shore-based fishermen or divers, and the ban includes all species of bottomfish that fall within the 7-fish daily groundfish limit.

In addition, the severe restriction also applies to lingcod, regardless whether they have natural, turquoise or gold-tinged coloration.

The decision was based on the exceptionally-good groundfish fishing in the midst of other poor ocean fisheries, allowing anglers the opportunity to target groundfish more often than usual this year.  According to ODFW, two years of poor ocean salmon fishing as well as tuna being further out at sea also contributed to anglers honing in on the bottom grabbers more often.

This intense fishing activity lead to several rockfish harvest caps being met earlier than expected, most notably the black rockfish, and created a complete shut-down of the groundfish fishery.

According to ODFW, once the black rockfish harvest cap is met, all fish that abide in their habitat must be banned from harvest as well.  Black rockfish are considered a nearshore rockfish and since lingcod are caught in a similar manner, they have been banned from being harvested.

This does not mean that angers cannot fish in the ocean at all.  It merely opens up several other underutilized fisheries, one of which is the ubiquitous flatfish.

The delicious flatfish which includes California halibut, starry flounder, petrale sole and Pacific sanddabs have a liberal limit of 25 fish per day, and anglers can target them at any depth.

Because flatfish inhabit sandy areas averaging 150 feet, and can be caught in shallower or even deeper venues, anglers are still required to have a rockfish descending device on board their vessels, since rockfish and lingcod can be caught incidentally to the flat-siders.

Also, surfperch which have a limit of 15 per day are not included in the groundfish ban.

Anglers can also crab in the ocean to their heart's content until the crab season closes on October 16.

Anglers in the Southern Oregon Subarea are also allowed to retain Pacific halibut, which are in a different category than flatfish and groundfish. Anglers will be allowed to fish through October 31 or until the remaining quota of 3,436 pounds is attained. Descending devices are mandatory.

Well, ladies and gentlemen, the incredible fishing for Chinook in the Rogue Bay has continued to please through September, and that kind of fishing is not coincidental.  This has surely been one of the best salmon seasons fishermen have ever experienced on the Rogue Bay.

My advice is to get in on the action while the getting is good, because as soon as river temperatures cool down, the Chinook will be long gone.

"I can tell you that we are continuing - continuing - to have good days of fishing," said Jim Carey from the Rogue Outdoor Store in Gold Beach on Thursday.  "It might have been a little slower than usual yesterday, but today the action came right back."

So how does one define "slower than usual"?  I happened to be on the Rogue bay on Wednesday, and there was a very strong bite that occurred during the morning tide.  The action then slowed down, but then picked up again later in the afternoon when I snapped a photo of local angler Merit Draven of Gold Beach in front of Lex's Landing who was launching for his second go-a-round (Cover photo).

"I've had multiple guides limited out and off the river early," notes Carey. "I even had guides off the river early yesterday (Wednesday) too. "We are seeing a few big fish, 30 pounders or so and I keep thinking, 'I expect to see some 40s and 50s.  It hasn't happened yet but we have time for that later in the season."

Remember that historically, mid-to late-September is usually the month when you can hook into the big boys.