Rockfish on the rebound 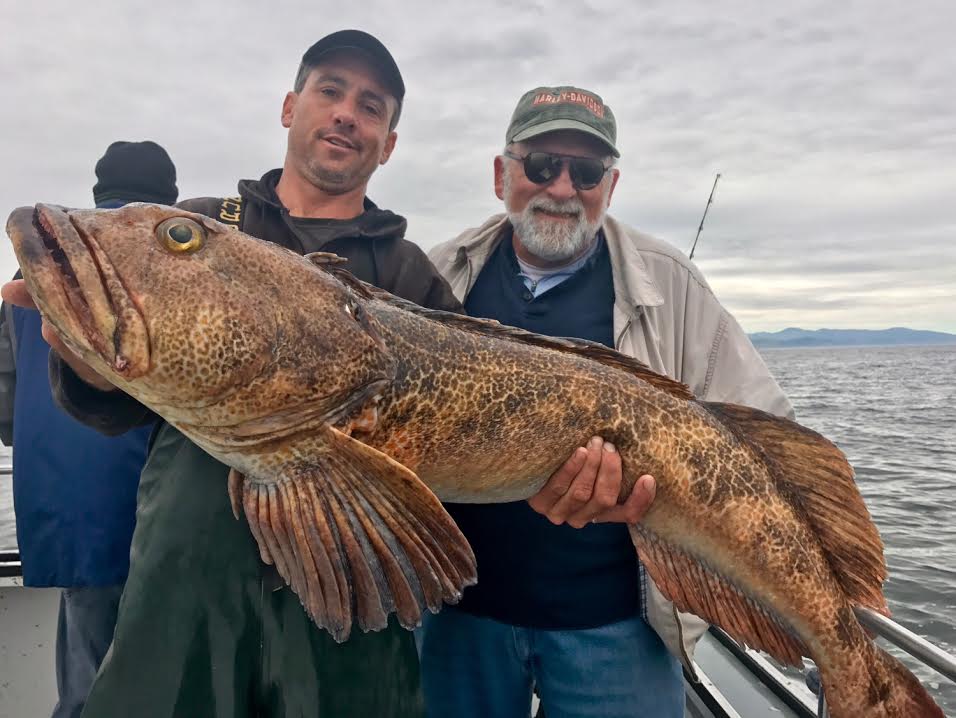 There’s finally some good news coming out of the West Coast Fisheries. Two important West Coast groundfish stocks that were formerly overfished have now been rebuilt according to a news release issued this week by the Pacific Fishery Management Council (PFMC).

The successful rebuilding of these species reflects the support and sacrifice of West Coast ports and fishermen who recognized the difficult actions and fishing cutbacks necessary to restore the stocks. The rebuilding of bocaccio and darkblotched rockfish will lead to increased harvest opportunities beginning in 2019.

Lingcod was declared rebuilt in 2005, and widow rockfish in 2012. Both petrale sole and canary rockfish were declared rebuilt in 2015. Rebuilding plans remain in place for three remaining overfished species: cowcod, Pacific ocean perch, and yelloweye rockfish. New assessments for Pacific ocean perch and yelloweye rockfish will be reviewed this summer and may be adopted in September. Cowcod is expected to be rebuilt by 2019.  Click to view the entire report.

Minus tides could create bar crossing and boat ramp issues
With minus tides in effect through the weekend and most of next week, there could be potential early morning hazardous bar conditions due to the combination of tides and swells converging at the time when boats will be headed across the Humboldt bar. If you’re planning on hitting the bar at daylight, check the conditions first. To monitor the latest Humboldt bar conditions, visit wrh.noaa.gov/eka/swan or you can also verify the conditions as reported by looking at the bar cam.

The minus tides will also be problematic for bay and ocean anglers launching at Eureka’s two public boat ramps. The Eureka public boat ramp off of Waterfront and the Samoa Bridge ramp are both tough, or impossible, to navigate at minus tides. This weekend’s lowest tides fall right when most boats will be trying to launch.

Weekend Marine forecast
Conditions will finally start to improve by the weekend, and are looking plenty fishable through early next week. From the beach out 10 nautical miles, Friday’s forecast is calling for winds out of the N 10 to 15 knots with NW waves 9 feet at 9 seconds. Saturday is looking better, with winds out of the SW up to 5 knots and NW waves 5 feet at 8 seconds and NW 2 feet at 16 seconds. Sunday looks slightly better. Winds will be out of the SW 5 to 10 knots with NW waves 4 feet at 8 seconds and W 2 feet at 15 seconds. These conditions can and will change by the weekend. For an up-to-date weather forecast, visit weather.gov/eureka/. You can also call the National Weather Service at 707-443-7062 or the office on Woodley Island at 707-443-6484.

Abalone season closing
Abalone season will close Friday, June 30 and will be closed for the entire month of July. It will reopen on August 1. Regulation information.

The Oceans:
Eureka
It’s been a little too lumpy to make the trip south to the Cape since last Friday, but that should change by the weekend. “Last week was really amazing down at the Cape,” said Captain Tony Sepulveda of Shellback Sport Fishing. “More big lingcod than I've ever seen and we've had them patterned pretty tight. Clouds of widow rockfish have moved in on a few spots and giant lings followed them in out of the deep to feed. Every day last week I had at least one over 30 pounds with countless in the mid to high twenties. As soon as the weather comes down on Saturday, I have a feeling we'll be right back on them.”

“The halibut fishing in the bay has been pretty good,” said Tim Klassen of Reel Steel Sport Fishing. “With the ocean being rough, we spent a couple days in the bay targeting a California halibut. There’s lots of shakers, only about 15 percent of the fish we’re catching are keeper size. Live bait is definitely a good choice if you have it, but the guys trolling anchovies behind a herring dodger have done really well. We’ve been spending most of our time in the middle channel from Englund Marine to just above the bridge. The ocean is coming back down this weekend, so we’ll be back to the Cape for rockfish.”

Trinidad
The rockfish bit pretty well earlier in the week reports Curt Wilson of Wind Rose Charters. “The ocean has been pretty rough the last couple days, but we did have some good trips early in the week with quite a few rockfish and limits of lings for the passengers. The crabs are really biting too, we’re able to get easy limits every trip,” Wilson added.

Shelter Cove
“We were able to get Sunday and Monday in before getting blown off the water,” said Captain Jake Mitchell of Sea Hawk Sport Fishing. “We had limits of lings and a few handfuls of snappers on Monday before getting blown off around 10:30. We also caught two halibut to about 60 pounds that were carefully released. On Sunday, we had limits of lings and 43 snappers for the five people on board. We mainly fished around the Whistle and Old Man due to rough conditions. It looks like we’ll be able to get back on the water on Saturday.

Crescent City
Not much happening this week with all the wind reports Chris Hegnes of Crescent City’s Englund Marine. He said, “A few boats tried to make it out last Sunday and thought better of it. No one’s been out since, but the weekend looks much better.”

The Rivers:
Lower Klamath
Fishing was pretty tough over the weekend with only a handful of fish being caught. It’s improved slightly this week, with boats still getting a chance at one to three springers a day. There’s plenty of zeros in the mix as well.