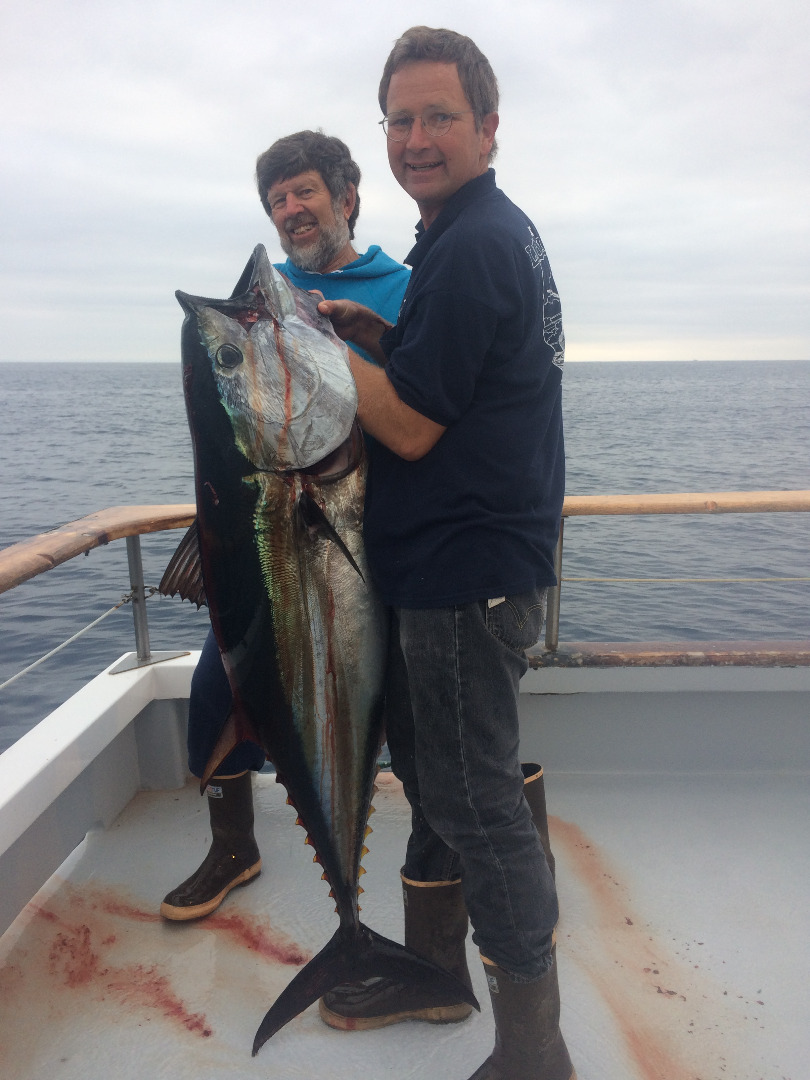 The New Lo-An returned this morning from a 1 ½ day with a couple of jumbo Bluefin Tuna. On the first drift of the day, three large tunas were hooked using sinker rigs with live Sardines. The first fish to hit the deck weighed 109lbs. After a long battle the second fish came aboard. That one weighed 98lbs. The third fish of the drift was lost just before being gaffed. Here is a picture of Ron Medak with Capt. Markus Medak and Ron’s 98lb Bluefin Tuna.