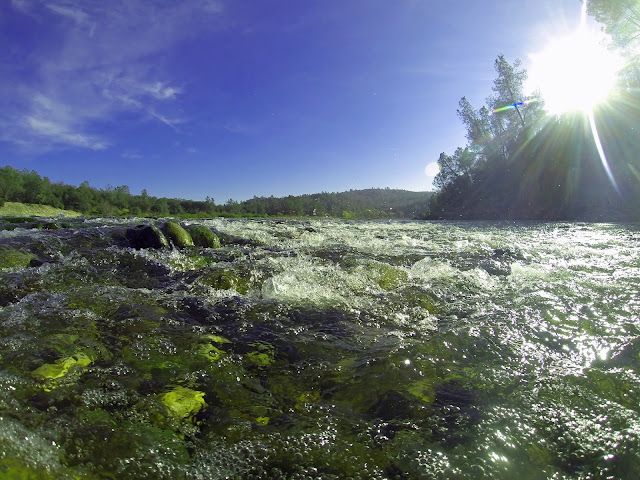 Dominating high pressure lately with plenty of sunshine and the air temperatures are much warmer after the north wind has gone away. The flows have leveled off on the Lower Yuba River and are currently running at 1,309 cubes at the Parks Bar Bridge gauging station. Yuba County Water Agency will keep these flows for the next few weeks, subject to change if we get any precipitation which does not look good. Maybe the middle of December, or clear into January is the word on the streets before we see any rain. I hope they are wrong. Water clarity is clear. Fishing pressure is moderate to light depending on whether it is a weekday or the weekend. 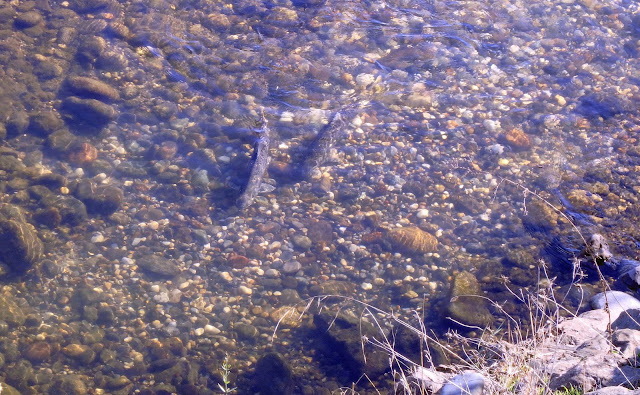 Conditions are nearly the same as my last report with a little variance in regards to the hatches. More salmon have entered the system, and in the last few days I’ve noticed new redds appearing, some have are active with players, while others are quiet. A new small side channel I fished today had several salmon doing their thing, and they were not that beat up so I assume they are on the fresh side. 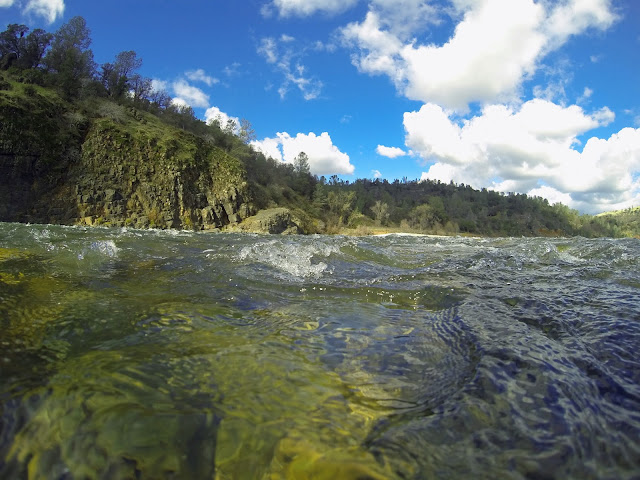 I’ve heard people complain about how ugly the Lower Yuba River is and I don’t get it. If you look past the mountains of gravel and look at the intricate details of the land with songbirds, aquatic insects, vibrant moss on really cool rock structures, and the water itself – It’s a beautiful place. 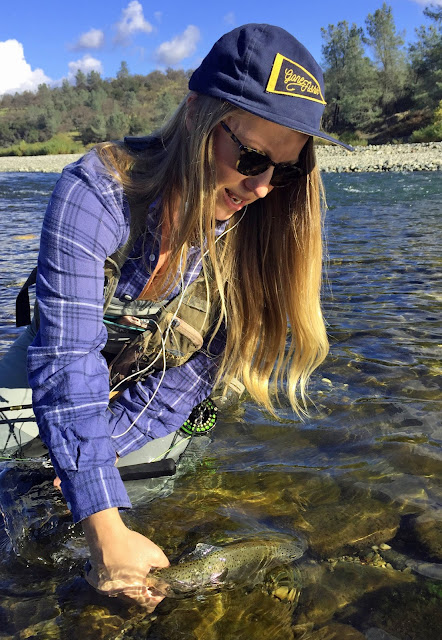 With plenty of sunshine and a little breeze, it really affects the mayfly hatches. Anytime there are cloudy or drizzly conditions with mild air temperatures is a green flag for good mayfly hatching weather. During such situations, a mayfly cannot dry its wings off very effectively and remains on the water for a longer period of time, giving the trout ample time to make a thorough inspection before consuming the food item. With warmer days, plenty of sunshine, and a little wind, mayflies are able to dry their wings rather quickly and fly off before a willing trout can eat them. That’s been the case lately but still there are a few rising trout willing to play the game. 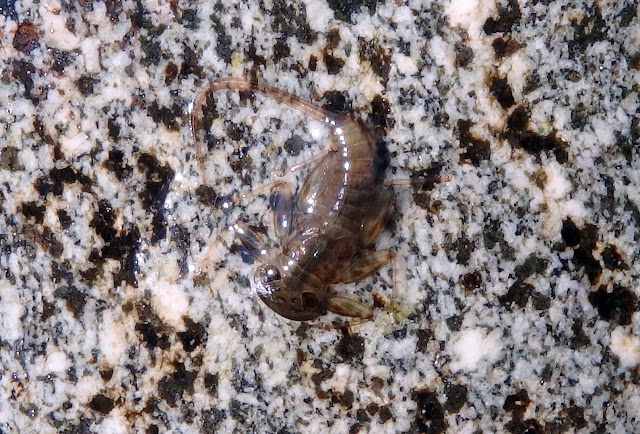 Seine samples in the riffles today were very surprising, lots of March brown nymphs that are mature and should be hatching in late winter. Baetis nymphs came in second, followed by Ryacophilla free living caddis. It’s been really cool to see the river come back since the floods, growing a little here and a little there, and rebuilding. 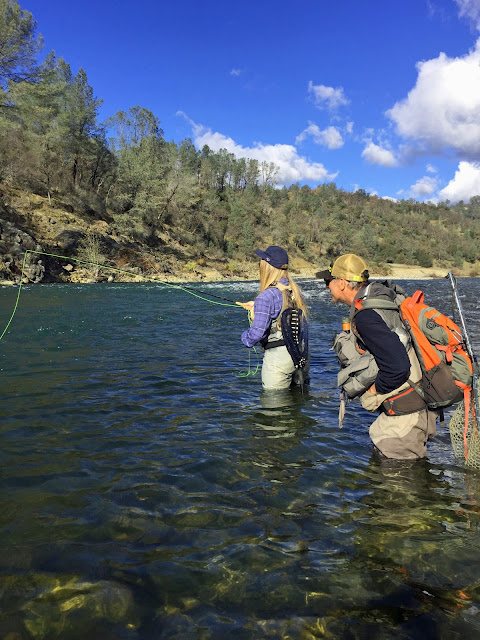 All styles have been effective. Nymphing with steak and eggs (stone fly patterns and beads) has been really good, another option is to switch your trailer fly to an S&M nymph #18 in olive about an hour before the afternoon hatch. Swinging minnows continues to be good. You need to work a run quickly and present to the most aggressive fish, again stripping at the end of the swing has been the key to success. 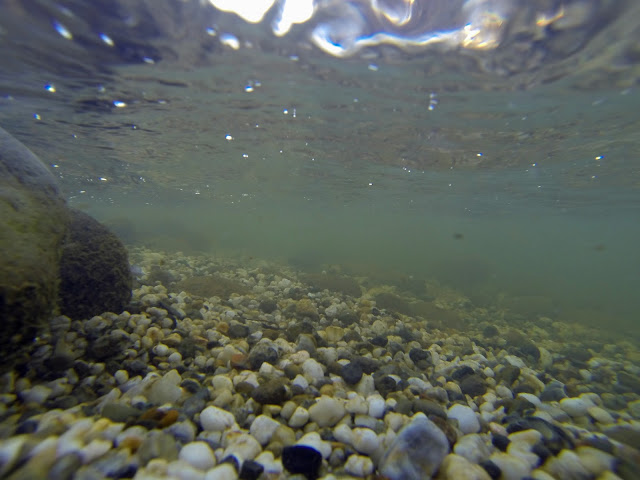 For dry flies I’m rigged with a #18 BWO Loop Wing or Sparkle Dun with a 12 foot leader to 5X, I’ll drop to 6X and a smaller fly if I get refusals. Don’t just blind cast, sit on the bank with your neck on a swivel and look for active feeding fish on the surface. Once you find a player, engage with the hunt. The trout are still on the small side from 8-12”, the largest I’ve seen so far is 14”. I know there are larger fish out there but they just have not been in my net. That’s all I got for now, see you among the cobblestones… 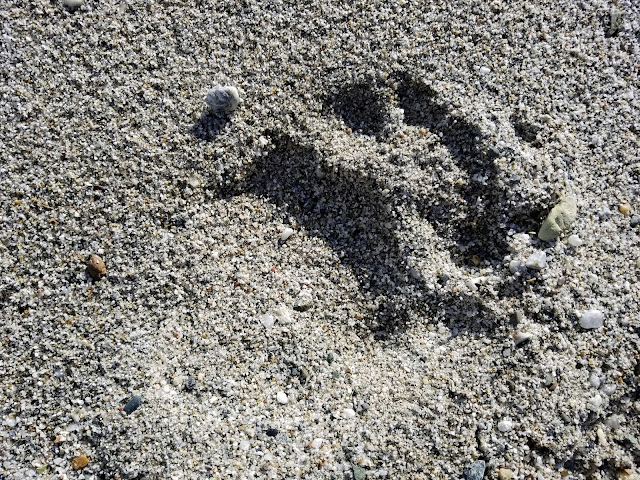 Roaming down from the foothills in search of spent salmon