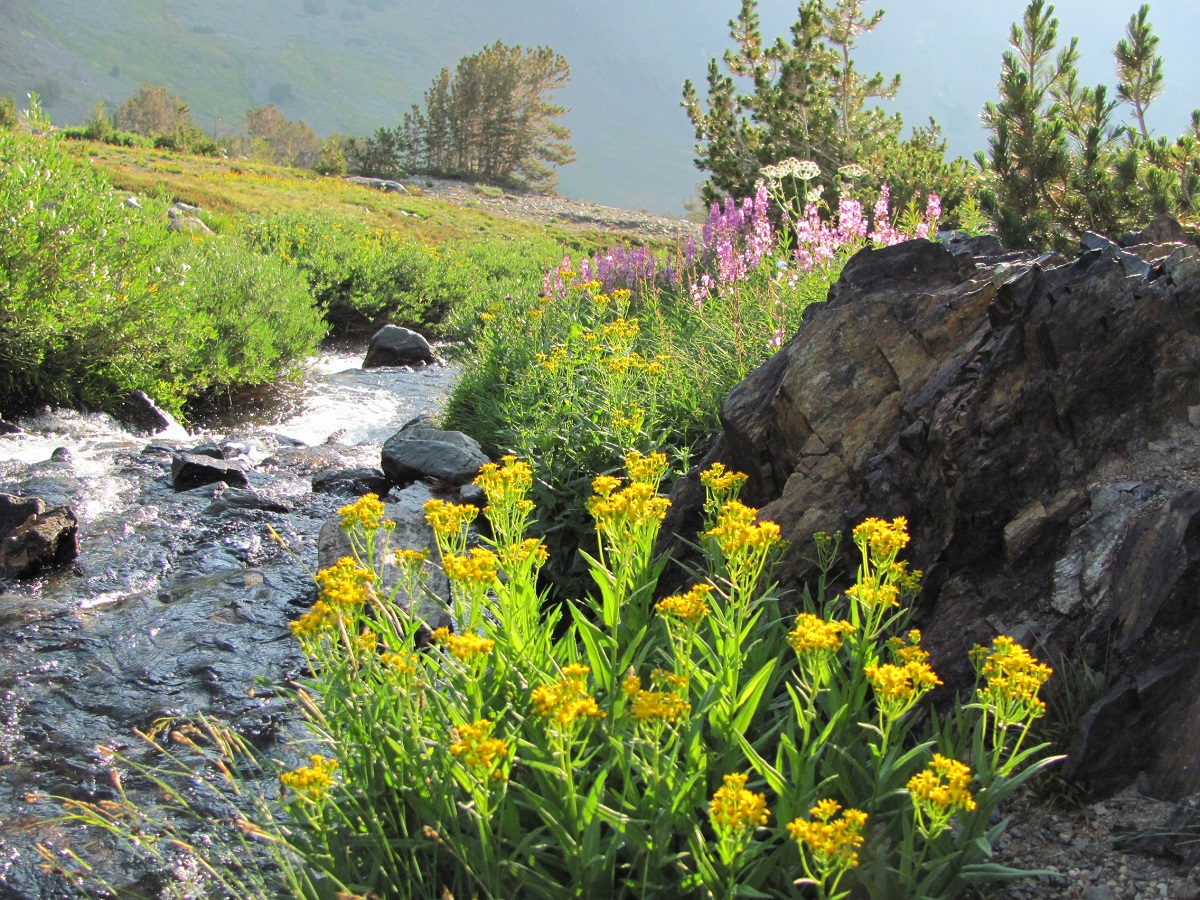 Hang around California long enough, you'll hear Gold Rush tales of unaccomplished miners trying to strike it rich by peddling California Gold Grease. The claim was to rub your body with the grease, then roll down a Mother Lode hill. The gold -- and only gold -- will stick to you. The price was ten dollars per box! Ridiculous as this sounds, Gold Gulch is said to have been discovered by a greased-up prospector rolling down the hill.

California's home to another gold that's equally elusive -- the California Golden Trout. From fingerling plants, wild, or pure strain native, catching “trout gold” is akin to finding the element gold, where the "locating" is generally the most challenging part of the equation. Rubbing gold grease on your body probably won't help catch a golden trout, and there's no such thing as golden trout grease to smear on your fly or lure, but an open mind is encouraged to navigate through fact, exaggeration, and fairy tale.

Hyperbole was rampant in Gold Rush era advertising, and while it's certainly in vogue in modern outdoor writing, I'm not a fan. Have I used it? Hell yeah! Unapologetically. But I prefer to tell it how it is. With that said, this trout fishing escape into the high country of Ansel Adams Wilderness was epic, a word I rarely use to describe an outing.

I get out a lot. So why is this trip worthy of epic ranks? Many reasons: A respite from civilization and experiencing the true feeling of "getting away." Overcoming the challenges inherent with surviving a few days in the wilderness. Being treated to otherworldly views of a high-elevation landscape seen by few. Excellent food and company -- joining me was Kevin Ogg...never a dull moment...always keeping each other on toe. And finally, fishing for trout was red hot -- crap, more hyperbole...dammit!

Bidding adieu to the trailhead, we're doing what's called a "spot drop" where a packer takes you and your backpacking gear up the initial elevation gain and drops you off. You're on your own from there.

This area was first known as the Minaret Wilderness. Part of the 1964 Wilderness Act, it was expanded twenty years later and named the Ansel Adams Wilderness, recognizing the renowned wilderness photographer. At 232,000 acres, there's a whole lot of mountain terrain here! The wilderness is adjacent to Yosemite and other large wilderness areas, together forming one of the largest roadless areas in the US, including Alaska who holds the top spots.

Hard to believe, but it's the height of wildflower season here in the highest of elevations. All of the lake's inlets are flowing with voluminous amounts of snowmelt. So, even though kids are back doing homework, football is kicking off, and chinks are appearing in summertime’s armor, it's full-on springtime here.

Our plan was the same as every other plan when Kevin and I get together; make sure the fish are effectively cowed. We've had a great year of fishing together and it's not over yet. This trip produced goldens of every size class. We caught a lot of quality wild trout!

In the backcountry, I cook trout a variety of ways. On trips like this, above treeline and above 10K feet/elevation, fires are never allowed. Generally, I fry trout in this setting but tin foil on a stove is another option. A stove isn't as effective as a fire, and takes longer, but it works.

For this, I carry some large pieces of foil, each folded into smaller squares and placed in the bottom of the bear can. Take a piece of foil, unfold it, and form it into a trough-shape around the trout. To prepare: Drizzle trout with oil and season with garlic powder, lemon pepper, onion powder and whatever else you want. I pre-mix my seasonings before a backpacking trip and store in a small Ziploc bag. Instead of oil, you could drizzle the trout with teriyaki and season with garlic and rosemary. As I say, let your imagination go unsupervised.

As always, I strongly encourage you to get out. If you're on the fence about booking that guide, organizing that group trip, or simply getting the waders wet...just do it. Time is unspooling, so go blow the cobs out of stuff. Go experience your own Trout Gold. If you get skunked, I have some Golden Trout Grease for you...ten dollars per box.