Get Ready for the Chetco Bubble Season 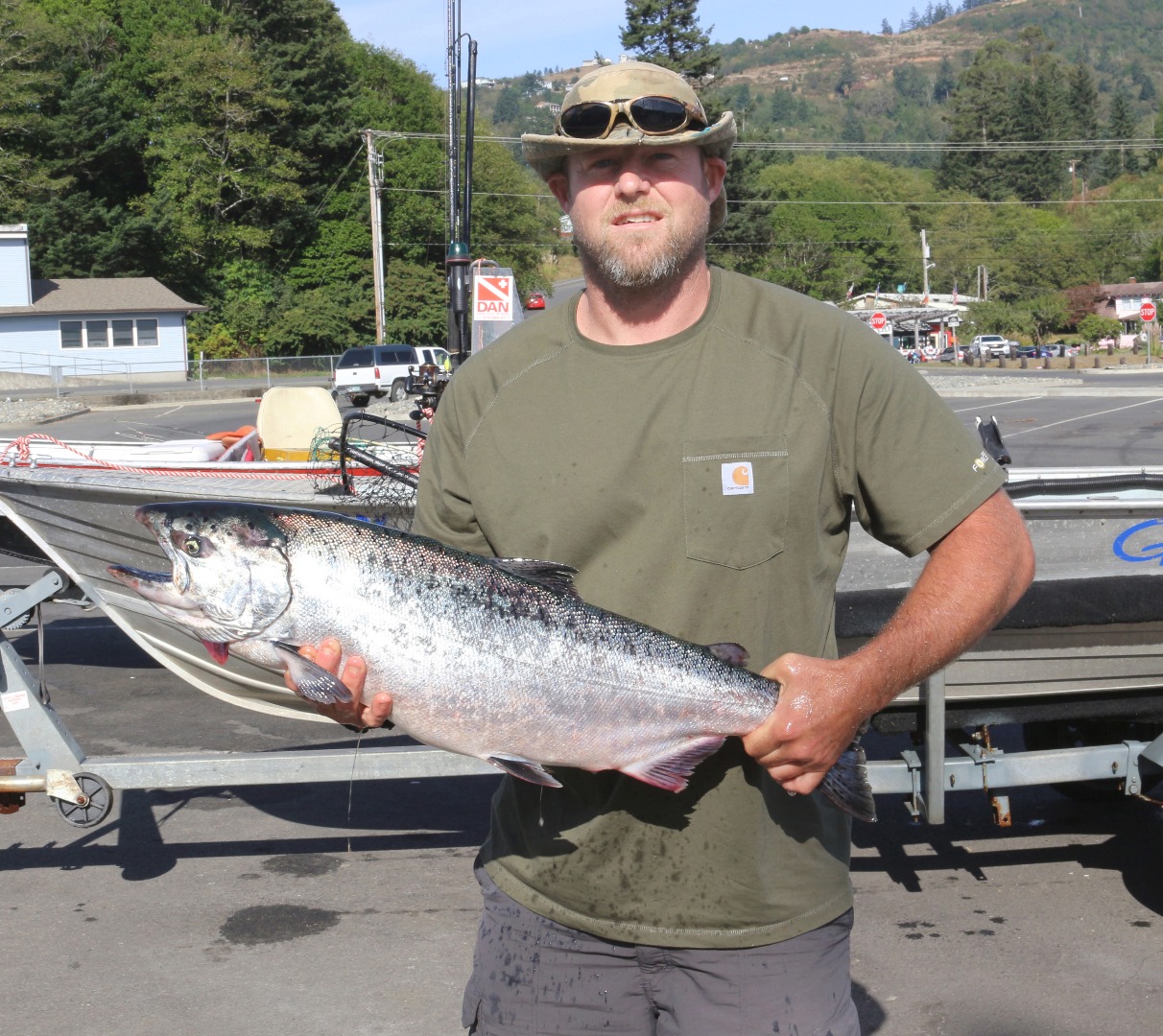 Forrest Harris of Brookings, Oregon knew right where to go when he had a hankering for fresh Chinook - the Chetco Bay.
Photo Credit: Larry Ellis

Salmon aficionados of the salt, get ready to sharpen your hooks and buy plenty of bait.

As stated in the aforementioned title, this is a state-run fishery that takes place in state waters 3 nautical miles from shore. The boundaries are from Twin Rocks to the Oregon/California border.

And by the way the great Chinook fishing has been in the Chetco Bay, there should be plenty of Chinook stacked up like cordwood in various places outside the river mouth.

There are some changes to this year's Chetco Bubble Fishery.

This season, you are only allowed to catch one ocean Chinook a day, whether it is a wild or hatchery fish.  In addition, there is a minimum length of 28 inches.  But hey, this is known as a trophy king fishery, so I know everyone will be throwing those 28-inch dinks back anyway.

Furthermore, it is still a barbless hook fishery, with terminal tackle limited to no more than 2 single point barbless hooks.

Restricted Rockfishing Allowed Past 40 Fathoms
Timing is everything!

About 8 years ago, Bandon Charter Boat operator Wayne Butler and his colleagues devised a way of catching unusual species of rockfish outside of the 40-fathom curve - specifically yellowtail rockfish and widow.

He used long droppers and floats which allowed anglers to target the yellowtail rockfish yet not make an impact on black rockfish.

Fast forward to the present.

Starting Sunday, October 1, anglers will now be allowed to fish for rockfish, but only under certain restrictions.

"Beginning on October 1, we are going to be able to use long leader type gear outside of 40 fathoms to target mid-water rockfish stocks," said Lynn Mattes, groundfish project leader for ODFW. "It predominantly targets yellowtail rockfish, widow rockfish and canary rockfish."

Here are some of the restrictions that you must consider when using this unique bottomfishing rig.
a.. Anglers must fish beyond the 40-fathom curve
b.. The rig requires a minimum of 30 feet of line between the weight and the lowest hook
c.. Up to 3 plastic-type jigs, shrimp flies or other similar lures may be used
d.. The retention of black rockfish, cabezon and lingcod are prohibited
e.. It must use a non-compressible float above the top hook (not Styrofoam) "This way the rig is suspended up in the water column up off the bottom," emphasizes Mattes.

"Styrofoam will compress when you get down to depth," notes Mattes.  "The ones (floats) I've seen were made out of balsa wood."

And as most anglers know, cork works about the best as a float, however it's much more expensive.

However with this reopening of rockfishing; black rockfish, cabezon and lingcod are all prohibited and must be released.  Rockfish must be released using a descending device.

"I do know that there is one gentleman out of Gold Beach who uses it whenever he can because he prefers the taste of yellowtail rockfish over some of the others," notes Mattes.

To find out exactly how to rig up, and become aware of more restrictions, visit the following website: dfw.state.or.us/MRP/regulations/sport_fishing/docs/longleader_FAQ_2017.pdf.

Rogue Bay Continues to Kick out Kings
This year is definitely going down in the record books as being one of the best years the Rogue Bay has experienced for fall Chinook, even as we head into autumn.

"We're continuing to get strong results every day (in the Rogue Bay)," said Jim Carey from the Rogue Outdoor Store in Gold Beach on Thursday. "We've had very, very good fishing yesterday and the day before, and even the day before that. I keep thinking I'm going to have to tell people it's slowing down, but it's not!"

Coho, also known as silvers, are also making a strong presence in the bay. Some of the silvers are approaching 15 pounds or larger. Only adipose fin-clipped coho may be kept.

Tip of the week for coho - use fluorescent orange or red blades on your spinnerbait rigs.