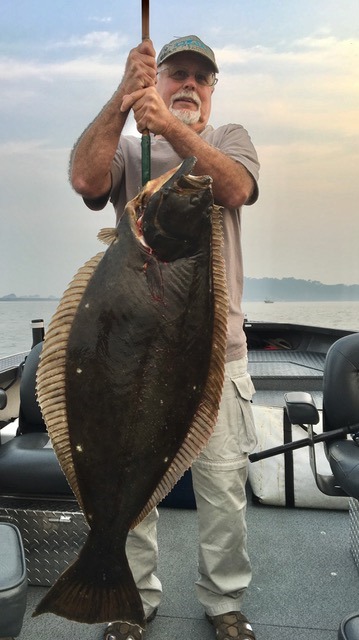 On September 1, The California Fish and Game Commission released to the public a list of proposed freshwater regulation changes for 2018. The changes coming down the pipeline are fairly significant, and could impact several angling user groups on the North Coast. The regulation changes will be voted upon at the Commission meeting begin held in San Diego on December 6-7. For more information and a complete list of the proposed changes, visit fgc.ca.gov/regulations/2017/1_05ntc.pdf

Restrict leader lengths to less than six feet to reduce salmon and steelhead snagging
This is a big one for anglers who like to fish the Klamath. The DFG Commission have struggled for years to eliminate and/or regulate snagging salmon. This has proven difficult given some of the spawning aggregations, habitat, and creative snagging techniques that have evolved over time. Water operations, changes in angling ethics, and population growth likely have also contributed to this ongoing problem. After struggling with these issues statewide, the Commission directed the Department to find a solution. In 2014, the Department formulated a snagging working group to help evaluate the issue through a structured decision-making process. Department staff and angling stakeholders participated in multiple meetings. One action resulting from this effort was a directed study to assess the efficacy of a reduced leader length in relation to the “flossing” fishing techniques based angling/snagging rig. Although this technique/rig is not the only gear that can be used to purposefully foul-hook salmon, it is currently legal and very effective when used in the right habitat (Feather, American, Sacramento, Yuba, and Klamath rivers) with high densities of spawning/migrating salmon. The results of the study showed a significant correlation with foul-hooking (82-94%) regardless of the leader length and a reduction in landing rates for the shortest leader.

Artificial lure and bait definition
The purpose of the regulation change is to clarify that no scents or flavors shall be used on lures on waters where only artificial lures with barbless hooks may be used.

By clarifying this definition, enforcement will have a lesser problem enforcing this rule and the public will have a clearer description of this rule. The definition of a lure would be removed from the Freshwater Sport Fishing Regulations and only “artificial lure” would be used.

Steelhead report and restoration card requirements
Department staff reassessed the fisheries management objectives of the Steelhead Report and Restoration Card and determined that the data being collected, location codes, and reporting instructions and requirements can be simplified. Proposal: Remove reference to “wild” steelhead because it is not legal to retain a wild steelhead, and remove the requirement to report the number of hours that were fished for steelhead.

Fishing Community planning meeting to be held
A fishing community planning meeting will be held next Wednesday, September 27 from 6 p.m. to 8 p.m. at the Wharfinger Building in Eureka. A research team, led by Humboldt State University, will be taking input from the public on ideas about the future of the fishing community on Humboldt Bay. All are welcome. Questions can be directed to Rob Dumouchel at rjd255@humboldt.edu. For more information, visit humboldtfishplan.com.

Weekend marine forecast
As of Wednesday, the forecast isn’t looking too promising for the weekend. Out 10 nautical miles from Eureka, Friday’s forecast is calling for N winds 5 to 10 knots, with waves NW 8 feet at 9 seconds. Saturday, winds are predicted to blow 5 to 15 knots out of the N with waves N 5 feet at 6 seconds and NW 4 feet at 10 seconds. Sunday the wind is forecasted out of the N 5 to 15 knots, with waves N 6 feet at 7 seconds. These conditions can and will change by the weekend. For an up-to-date weather forecast, visit weather.gov/eureka/. To monitor the latest Humboldt bar conditions, visit wrh.noaa.gov/eka/swan, or you can also verify the conditions as reported by looking at the bar cam at wrh.noaa.gov/eka/barCam/?cam=humboldtBayBar. You can also call the National Weather Service at 707-443-7062 or the office on Woodley Island at 707-443-6484.

Eureka tuna
Tim Klassen of Reel Steel Sport Fishing, along with a host of sport boats, made the 35-mile run to the tuna water last Sunday and reported a pretty good bite. “The warm water was off of Trinidad about 35 miles out, which is where most of the boats were working. We landed 29, and the bite really turned on in the afternoon. The boats that were able to stick around longer did even better. I haven’t seen any new shots of the water, but it hasn’t moved much in the last couple months. Hopefully we’ll get a few more opportunities,” Klassen added.

The Oceans:
Eureka
“I’m amazed at how well the California halibut fishery has held up,” said Klassen. “There’s still lots of fish around. Right now, it seems the bigger fish are holding in the deeper water and the smaller ones are further up the bay. There’s still lots of bait in the bay, and it’s moving with the tides. I’m not sure if the halibut are chasing the bait, or are waiting for it to come to them. We did get in one rockfish trip this week at the Cape, and not much has changed down there. The ling bite is off the charts, and it was pretty easy to get limits on the other varieties as well.”

Shelter Cove
The rockfish are really biting according to Captain Jake Mitchell of Sea Hawk Sport Fishing. He said, “We’ve been fishing mostly at the Hat, and have been able to get limits every day before noon. We did spend one day fishing around the whistle where the ling cod bit really well. I haven't tried for salmon lately, but there were a few caught last week between the cans.”

Crescent City
The rockfish effort has been pretty light the last couple weeks according to Chris Hegnes of Englund Marine in Crescent City. He said, “I thought we may see some more boats with Oregon being closed, but it hasn’t happened yet. The ocean has been pretty rough, so that’s part of the reason. There were a few locals out over the weekend, and they said the rockfish bit really well at the South Reef.”

The Rivers:
Lower Klamath
Fresh steelhead are moving through the lower river and boats side-drifting the riffles are getting up to 10 hook-ups per trip. Quite a few fish, both half-pounders and adults have made their way into the mid-Klamath around Weitchepec. With the rain providing a slight bump in the flows, we should see another push of fresh steelhead enter the river.

Upper Trinity
Without the salmon anglers and with the fires, it’s been pretty quiet up here reports Tim Brady of Weaverville’s Trinity Outdoors. He said, “Most of the steelhead anglers have been restricted to the upper river due to the fires. I believe they are letting folks back in around Junction City, so we should start to see more guys out fishing. I’ve been hearing of a few steelhead caught, but it’s not red hot by any means.”