Fishing for Black Bass after Catching a Limit of Stripers? 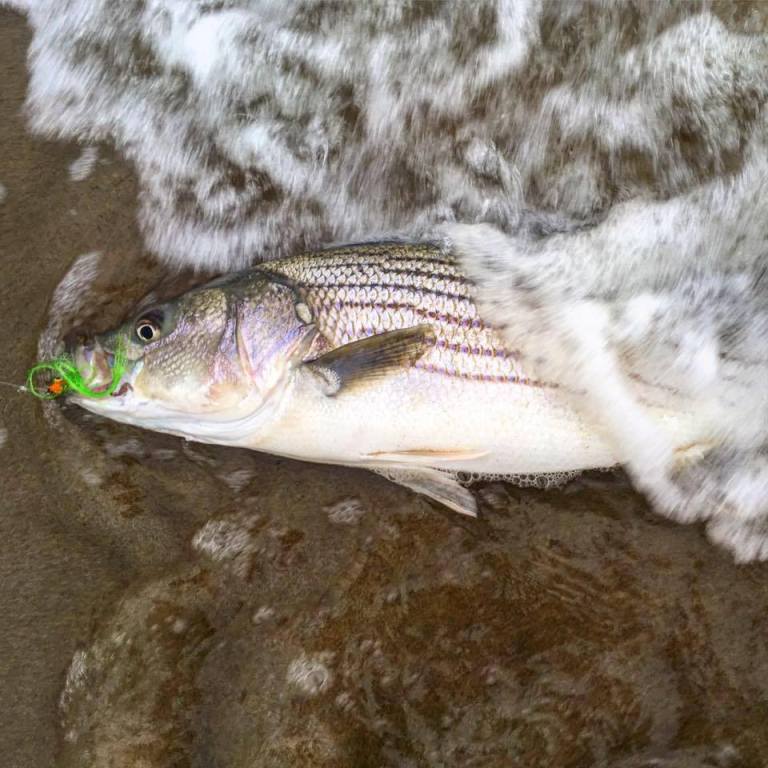 Question: My buddies and I do a fair amount of striper fishing and seem to always debate this question. Am I allowed to keep fishing after keeping a limit of stripers as long as I am fishing for largemouth/smallmouth bass instead? The techniques are similar, so I’m wondering if we could be cited. (Brett M.)

Answer: After catching your limit of striped bass, you can continue fishing for largemouth and smallmouth bass. However, once you have made this switch, you must make sure to immediately release any accidentally caught stripers.

Collecting a road-killed opossum?
Question: I saw an opossum dead on the side of the road yesterday, not playing possum (it was actually dead). I wanted to take it home to keep the bones but I left it there untouched because I didn’t know what the law on collecting was. If I find an animal like that again, can I take it home and process it? If I can’t, is there someone I can talk to who might allow me to keep the bones after the state processes it? (Rachael)

Answer: Road-killed wildlife may not be possessed. “The accidental taking of a bird, mammal, reptile, or amphibian by collision with a motor vehicle while the vehicle is being operated on a road or highway is not a violation of this code” (Fish and Game Commission, section 2000.5). This means it is not illegal to accidentally kill the animal, however, the Fish and Game Code does not authorize possession of wildlife accidentally killed in vehicle collisions. Opossum are classified as non-game mammals that may be hunted with a hunting license (California Code of Regulations Title 14, section 472(a)). The only way for you to legally possess them would be to hunt them or to obtain a scientific collecting permit, if your collection purposes are for scientific research purposes.

Illegal animal imports?
Question: A while back I saw the reply in your column regarding the legality of buying/selling python snake skin. I see kangaroo on the prohibited list. Does this include all species? As I understand it, the Australian government allows the cull of Marcropus giganteus due to gross overpopulation. (Steve B.)

Where can to use two rods in San Francisco Bay?
Question: I’m a little confused about the rules on using two rods when fishing San Francisco Bay. The rules state, “While fishing from the shore in San Francisco and San Pablo bays between the Golden Gate Bridge and the west Carquinez Bridge, you may only use one line with no more than three hooks; you may also use an unlimited number of crab traps. Species-specific gear restrictions (such as for rockfish, lingcod and salmon) do apply when fishing from the shore.”


Carrie Wilson is a marine environmental scientist with the California Department of Fish and Wildlife. While she cannot personally answer everyone’s questions, she will select a few to answer each week in this column. Please contact her at CalOutdoors@wildlife.ca.gov.
http://www.easternsierrafishreports.com/fish_reports/67880186/fishing-for-black-bass-after-catching-a-limit-of-stripers?.php
Share Share on Facebook Pin it Pin on Pinterest
Back to Fish Blog - Reports and Info